The Font Overview is the parent window for a font in the RoboFont UI. It displays all glyphs in the font as a grid of cells, and gives access to different tools and interfaces for editing various kinds of data in the font. 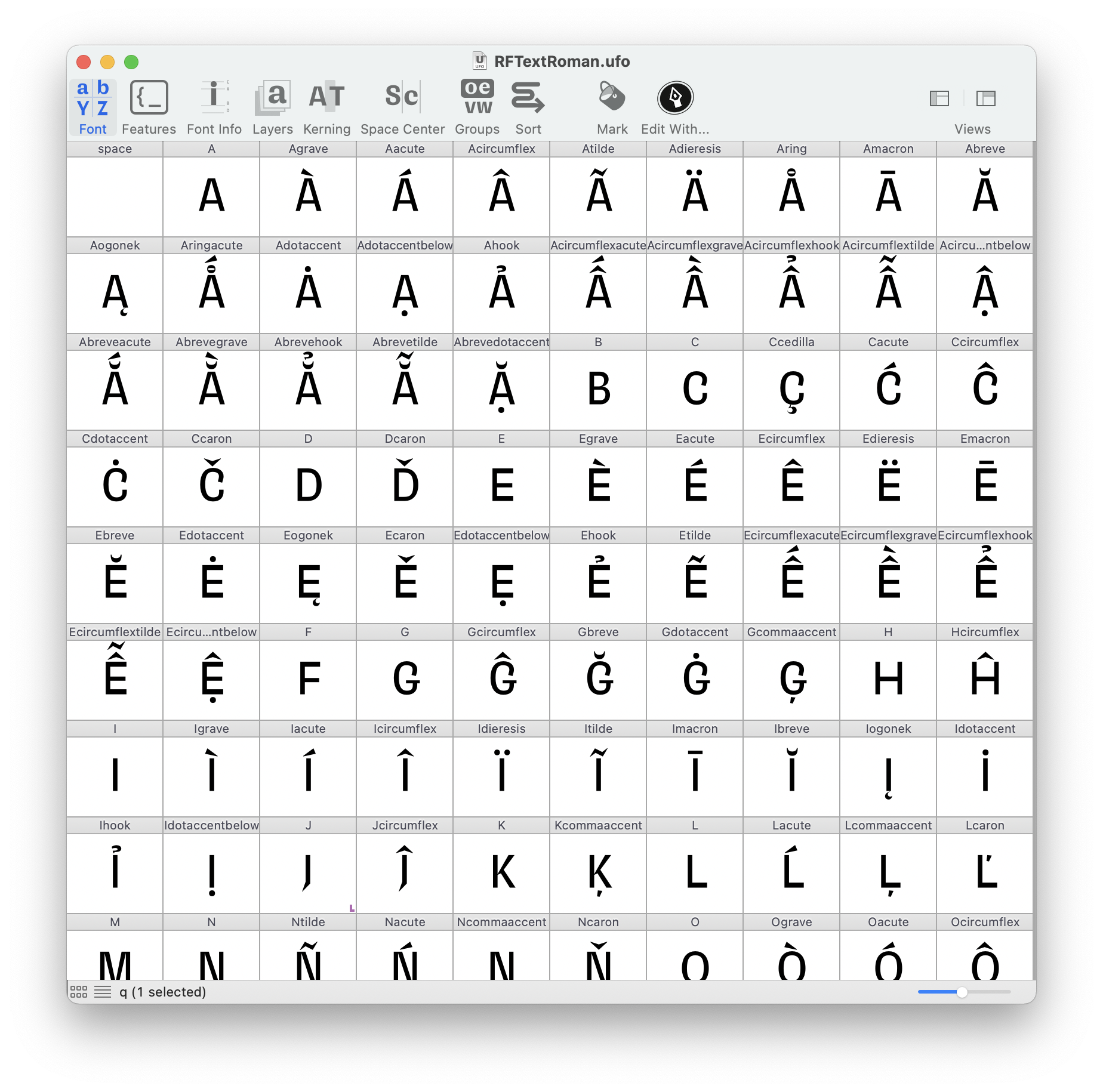 The toolbar allows you to navigate between different editing interfaces in RoboFont:

In Single Window mode, the Views buttons are located at the bottom left of the window, and the toolbar also includes the Glyph Editor’s editing tools.

The Font Overview has two display modes: Tiled Glyphs and Glyph List. Click on the icons at the bottom left of the window to switch between the two modes. 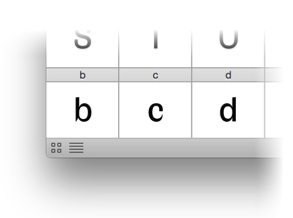 The Tiles Mode shows the font as a grid of glyph cells. The size of the cells can be adjusted by zooming in and out with the keyboard (using ⌘+ and ⌘-) or using the slider at the bottom right of the window. 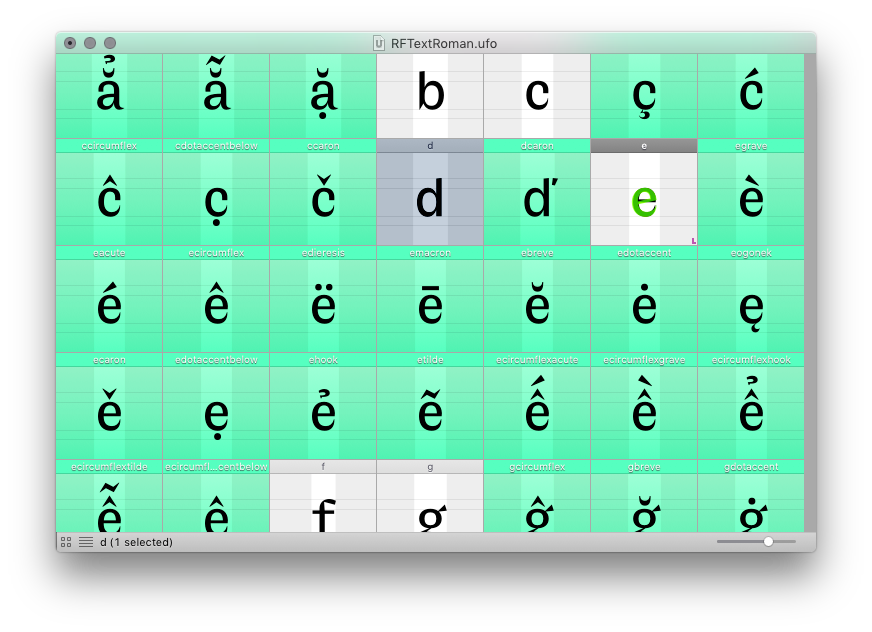 The List Mode displays the font as a large table with the attributes of each glyph. 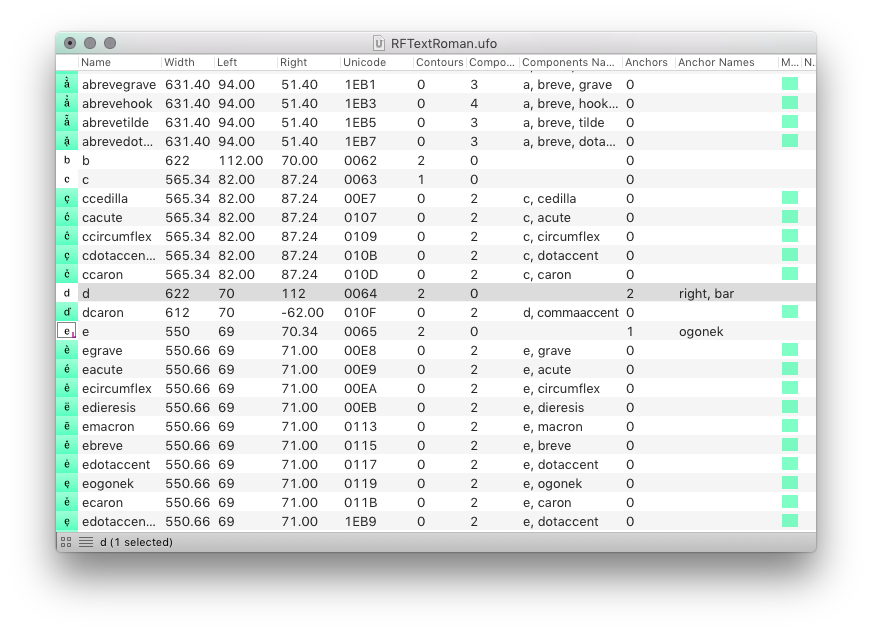 Click on the column headers to sort the glyphs according to different attributes.

Individual columns can be toggled using the table’s contextual menu (right-click the table header to open it): 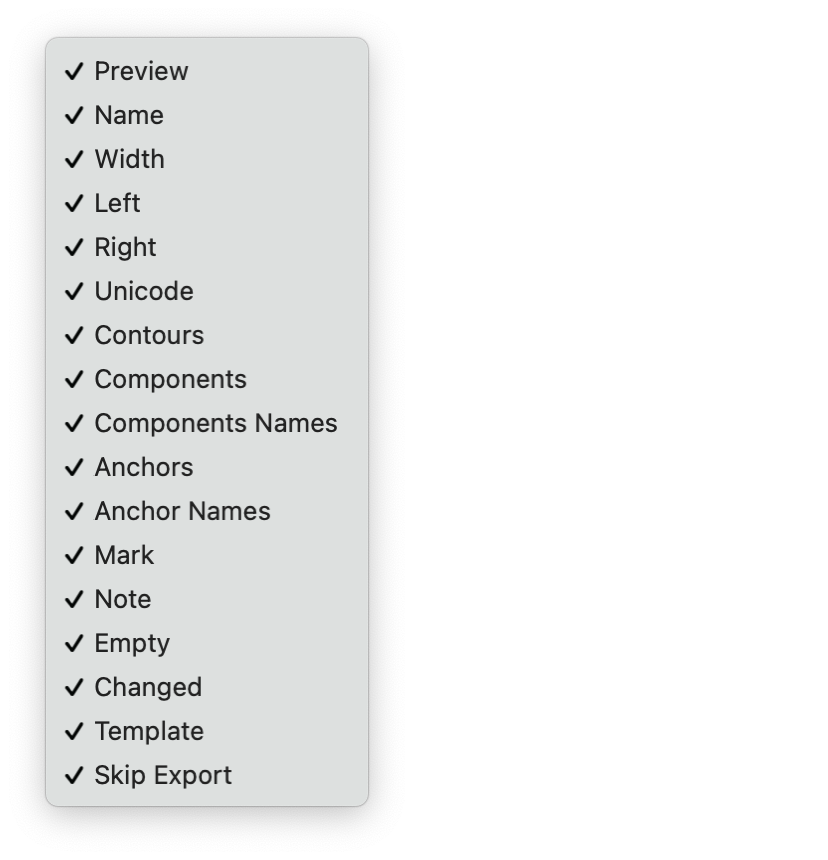 The Font Overview may show template glyphs – glyphs which are part of the current character set, but are not yet included in the font. 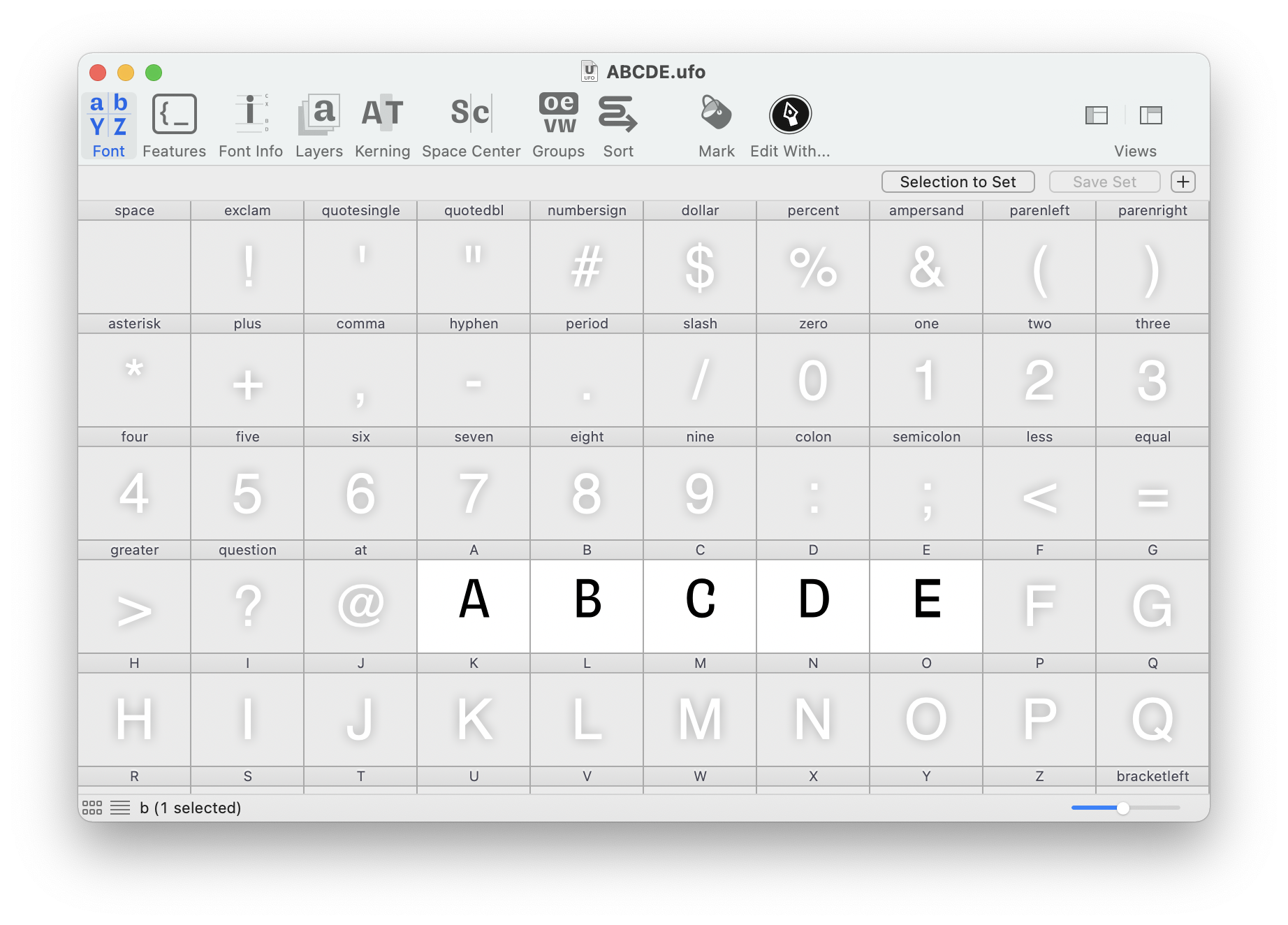 Template glyphs are displayed in grey cells and show a preview glyph in a standard font. The font can be changed in the Font Overview Preferences.

To transform a template glyph into an actual glyph, double-click its glyph cell to open the Glyph Editor and start drawing, or change some glyph data using the Inspector.

When a font containing more glyphs than the Max glyph count limit is opened, a small button labeled Load All Glyphs will appear at the bottom left of the window 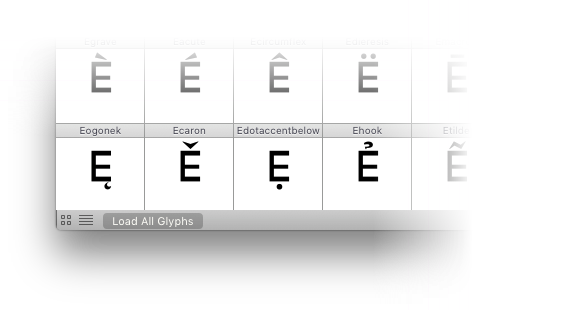 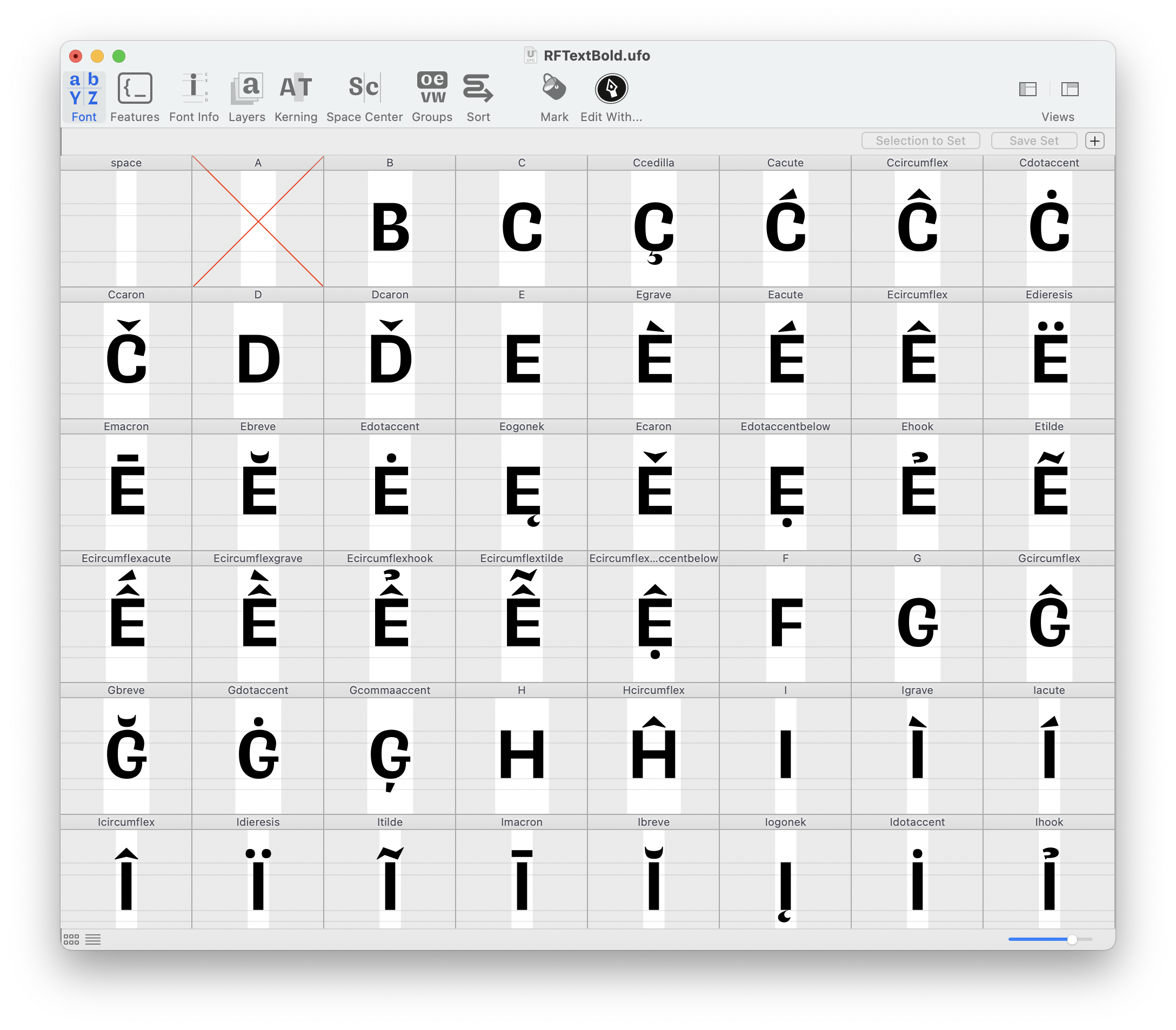